When performing a skin sparing mastectomy, if oncologically safe, Dr Yap will save the nipple-areolar complex.

Nipple-sparing mastectomy is a variation of the skin-sparing mastectomy. The breast tissue is removed, but the breast skin and nipple are left in place. This can be followed by breast reconstruction. Often the breast tissue beneath the nipple (and areola) is removed during the procedure to check for cancer cells. If cancer is found in this tissue, the nipple must be removed. I commonly do this as a delayed procedure, given the logistics of having a pathologist on site. This requires marking of the mastectomy specimen at the site of the nipple-areolar complex.

On the occasion that the nipple-areolar complex needs to be removed due to poor blood supply or being involved by cancer, a reconstruction can be performed any time after the main surgery.

Factors that decrease survival of part or the whole nipple-areolar complex are:

Ideally, nipple and areola reconstruction tries to match the position, size, shape, texture, colour, and projection of the new nipple to the natural one. 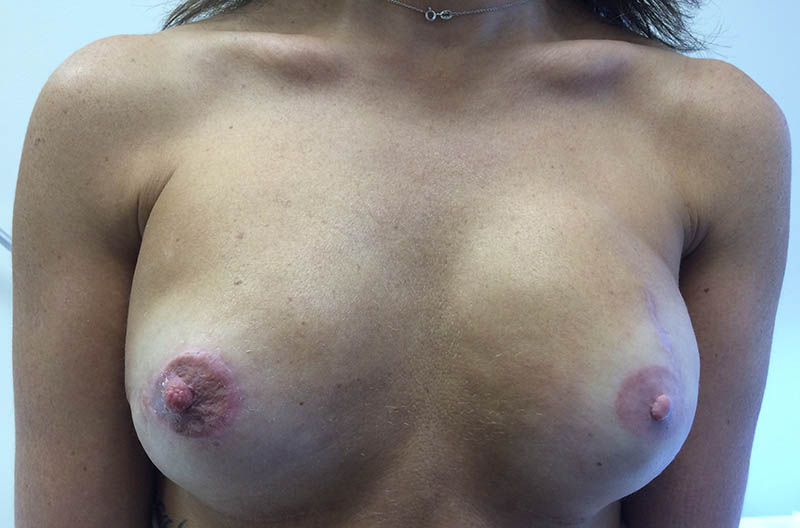 The nipple and areola are usually the final phase of breast reconstruction. This is a separate surgery done to make the reconstructed breast look more like the original breast. It can be done as a day procedure. It is usually done about 3 to 4 months after surgery after the new breast has had time to heal.

Ideally, nipple and areola reconstruction tries to match the position, size, shape, texture, colour, and projection of the new nipple to the natural one (or to each other, if both nipples are being reconstructed). Tissue used to rebuild the nipple and areola comes from the newly created breast as a flap or as nipple share (using the contralateral nipple and dividing it in half and grafting it or, less often, from skin from another part of your body (such as the inner thigh to create the areola). If a woman wants to match the colour of the nipple and areola of the other breast, tattooing may be done a few months after the surgery. 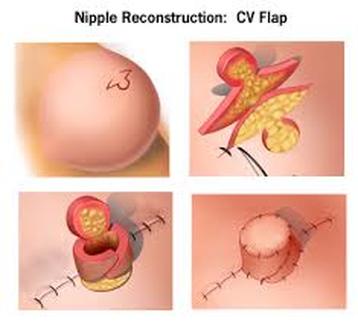 Some women opt to have just the tattoo, without nipple and areola reconstruction. A pigment in shades can make the flat tattoo look 3-dimensional. Tattooing is simple, effective, relatively inexpensive, can be performed in the rooms, but commonly retattoo is required due to fading. 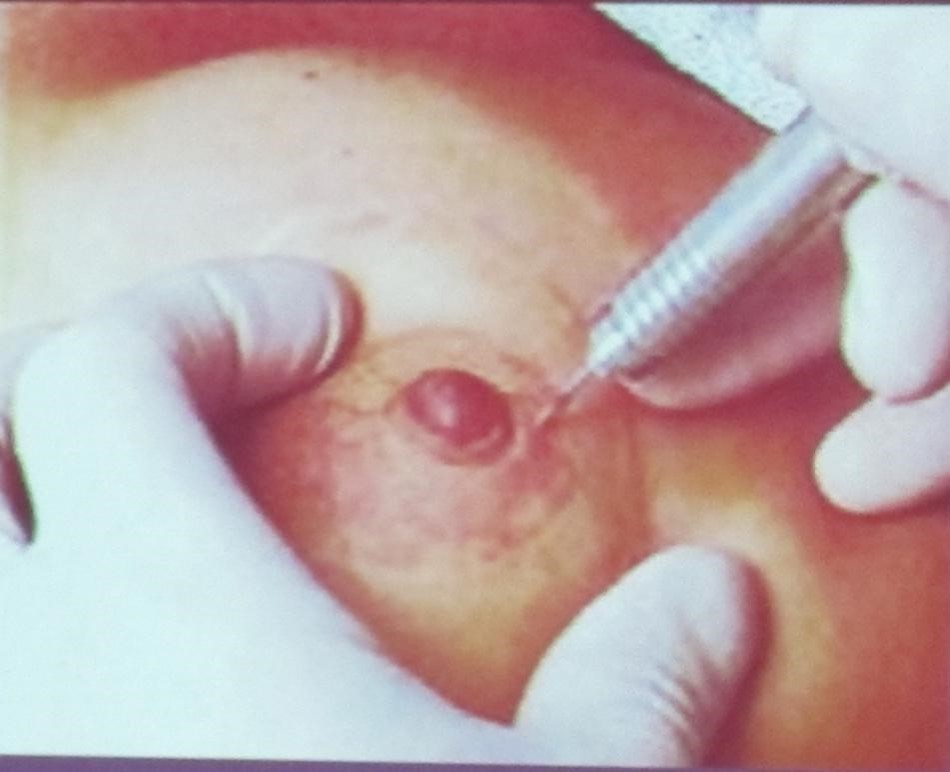 Another option for women who might not want further surgery or tattooing are nipple prosthetics, which are made of silicone or other materials and look and feel like real nipples. They can be attached to the chest and then taken off when you choose.