Pedicled flap surgery in Melbourne is a kind of breast cancer surgery where the tissue surrounding the breast area is reconstructed, while still attached to the body and brought together to form the shape of a breast, post mastectomy. 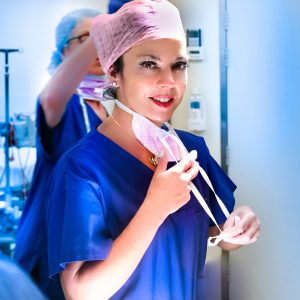 This is a favourable method of surgery, also known as flap-surgery, as it retains the blood supply of surrounding tissue avoiding the possibility of complications like discolouration or damage to the skin. There is an alternative type of Melbourne Pedicled flap surgery called detached flap surgery which is similar procedure, but that does not keep the blood supply connected to the surrounding area. This is usually preferred when additional skin from an area not close to the chest needs to be utilised.

The LD Flap surgery is pedicle surgery that involves the largest back muscle, keeping the blood supply in tact. Because this is a kind of attached-flap surgery there is a very low risk of any complications occurring. The other benefit of this kind of surgery is that it can be a good way to salvage or correct other failed surgeries and is always a good second option for these situations that can fix botched surgery.

Because this procedure utilizes only the areas around the back of the breast the results can not be tailored as specifically to the patient’s desires for size and shape as with other kinds of surgery. There will need to be enough fat and tissue to meet the size desired, and if there is not then the possibilities for the surgery will be limited.

For more information about pedicled flap surgery in Melbourne or the types of oncoplastic surgery, visit drnicoleyap.com.au.